Here are some more tentative descriptions of system X and a play with the trefoil knot. This post comes after the intermezzo and continues the series on small graph rewrite systems.

Recall that system X is a proposal to decompose a crossing into two trivalent nodes, which transforms a knot diagram into an unoriented stick-and-ring graph.

The rewrites are the following, written both with the conventions from the stick-and-ring graphs and also with the more usual conventions which resemble the slide equivalence or spin braids mentioned at the intermezzo.

The first rewrite is GL (glue), which is a Reidemeister 1 rewrite in only one direction. 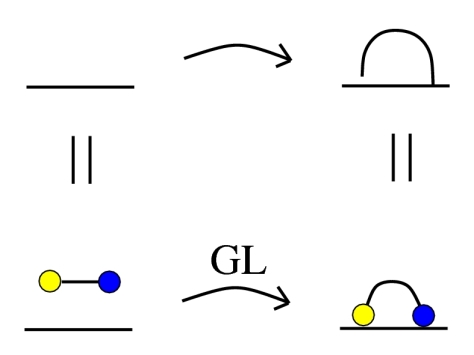 The second rewrite is RD2, which is a Reidemeister 2 rewrite in one direction. 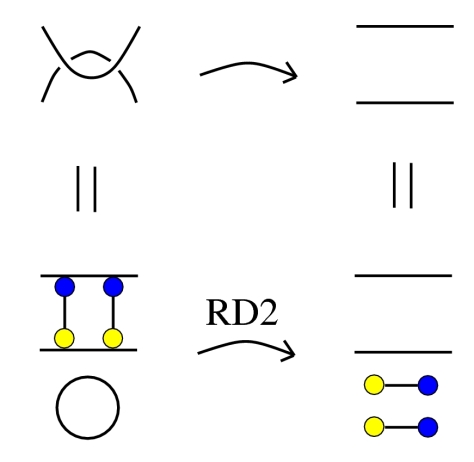 There is a DIST rewrite, the kind you encounter in interaction combinators or in chemlambda.

And finally there are two SH rewrites, the patterns as in chemlambda or appearing in the semantics of interaction combinators.

One Reidemeister 3 rewrite appears from these ones, as explaned in the following figure (taken from the system X page).

Let’s play with the trefoil knot now. The conversion to stick-and rings

is practically the Gauss code. But when we apply some sequences of rewrites

we obtain more complex graphs, where

thus we get sort of a recursive Gauss codes.

Finally, remark that any knot diagram has a ring into it. Recall that lambda terms translated to chemlambda don’t have rings.